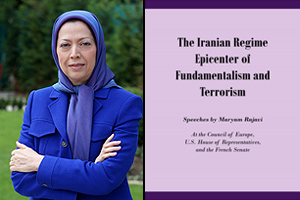 The Iranian Regime Epicenter of Fundamentalism and Terrorism

At the Council of Europe,U.S. House of Representatives,and the French Senate

EP report on Iraq: Al-Maliki may either give in to protestors demand or resign 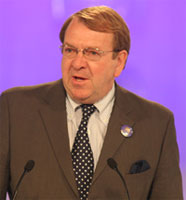 NCRI – Mr. Struan Stevenson, the president of the European Parliament Delegation for Relations with Iraq published a report on the political crisis and civil uprisings happening in that country. The report published on January 12, 2013, concludes that:

1- Most political commentators have concluded that the current uprising has provided an unprecedented tipping point for toleration of the Maliki government.

2. Iraqiya and other factions that previously participated in the government now know that any sign of reconciliation with Maliki will bring about public outrage against them.

3. Contrary to last year’s uprising, this time the concentration of the demonstrations mostly in Sunni provinces, supported by parts of the government on one hand and a disinclination of the US to get involved on the other, leaves al-Maliki’s hands effectively tied. With the first signs of repressive reaction and violence to quell the riots, Iraqiya will have no choice but to pull out of the government and Parliament. This will significantly increase the public outrage against al-Maliki.

National Interests or Irrationality of Appeasement 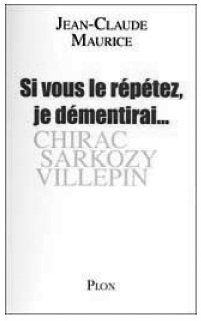 Source: La Revue Parlementaire, French Monthly,April 2009 edition
When Dominique de Villepin (former Prime Minister of France during the presidency of Jacques Chirac) discovered at the end of his meeting in Tehran with the Iranian foreign minister at the time, Kamal Kharrazi, that Jean-Claude Maurice was present at the meeting, he worried about his “reputation.” He asked: “What are you doing here? Did you hear everything? This is unbelievable! I hope you forget everything you heard. Our reputation depends on it.”

But, Maurice, a former editor of Journal du Dimanche “had heard and written down everything.” Now in a book entitled, “If you repeat it, I will deny it” (Plon Publishers), he recounts his observations of the main French policy makers.