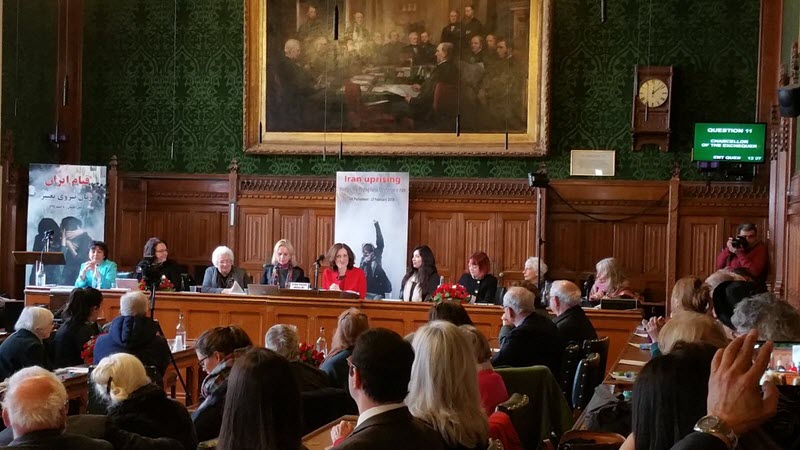 The British Committee for Iran Freedom (BCFIF) issued the below press release following its conference in the parliament today in an early start to the celebration of International Women's Day:

Panellists called on the Government to work with allies at the UN and the EU to put pressure on the Iranian regime, including punitive measures, to immediately release all political prisoners, in particular female activists, Maryam Akbari Monfared, Atena Daemi and Golrokh Ebrahimi Iraee and thousands of protesters who have been detained since nationwide protests began on 28 December.

Speakers also criticised the participation of Iran’s justice minister, Ali-reza Avaee, at the UN Human Rights Council session in Geneva today. He is one of the perpetrators of the 1988 massacre in Iran and sanctioned by the EU and UK since 2011 for serious human rights violations.

In her opening remarks, Rt Hon Theresa Villiers MP, said, “Our purpose this morning is to come together to express our solidarity and support for the brave women of Iran who are challenging the oppressive theocratic regime in their country.”

“In Iran, the women who have risen up against the mullahs have a role model in the leader of the Iranian opposition, Mrs Maryam Rajavi”, the former Secretary of State for Northern Ireland, who co-chaired the conference, added. 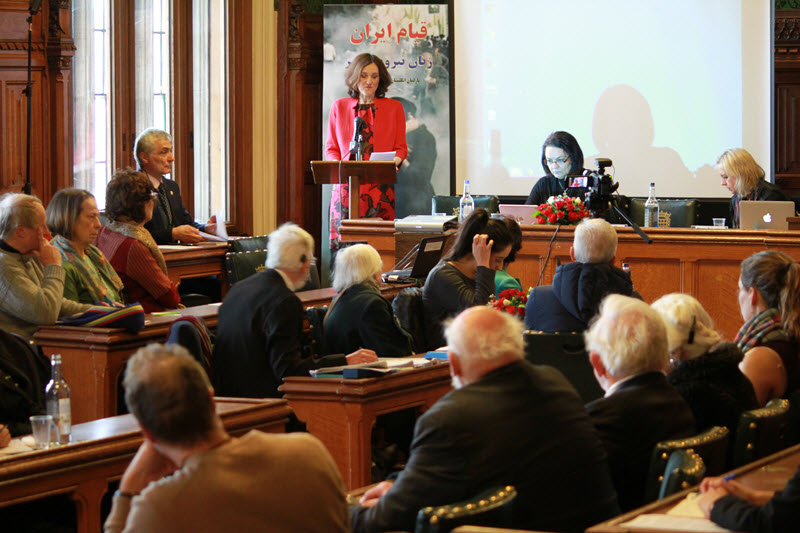 In a video message, the President-elect of the National Council of Resistance of Iran (NCRI), Mrs Maryam Rajavi, said, “… Women and young people are brutally oppressed. According to the Iranian regime’s officials, at least 2,000 women are arrested in the streets every day for not observing the compulsory veiling. Over 80 women have been executed under Hassan Rouhani as president. This is the person wearing the mask of moderation.”

“Despite all this, Iranian women and youths have been able to expand the uprising to 142 cities. They have a fundamental role in expanding the protests and strikes. The situation in Iran is turning against the mullahs”, she added.

“They want a republic based on separation of religion and state. They seek establishment of freedom and democracy and women’s equality … I would like to urge members of the British houses of Parliament to support these demands”, reiterating the Iranian people's desire for democratic change.

Baroness Lister of Burtersett CBE, said, “I endorse today’s recommendations urging the Government to use its voice in the UN to support the democratic aspirations and the struggle of Iranian women and men as well as Maryam Rajavi’s 10-point plan, grounded in the principals of human rights.”

“Throughout the last 39 years 120.000 from the main Iranian opposition movement were executed by the Iranian regime. 30 % of those were women … We stand behind the women who have risen up to liberate the whole [Iranian] nation”, Baroness Harris of Richmond DL, stressed. 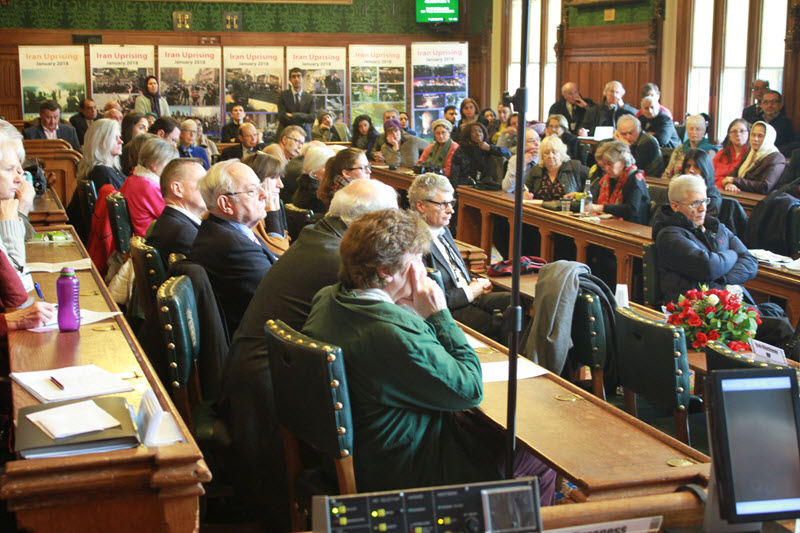 Dr Jocelynne A. Scutt is a Barrister and Human Rights Lawyer and Cambridgeshire County Councillor, added, “Women in Iran did not benefit from the game of so-called reformists versus hard-liners. Regime change is the right of Iranian woman and the only way to achieve freedom and equality. I echo those words of Maryam Rajavi who is fighting this struggle so strongly and leading the NCRI and the national effort to gain democracy for Iran.”

In her remarks, Kirsty Brimelow QC, chairwoman of Bar Human Rights Committee of England and Wales, who co-chaired the conference, highlighted the ongoing torture in the regime’s prisons and the 1988 massacre of 30.000 political prisoners in Iran among them young girls and pregnant women.

“The international community needs to do more in finding teeth. 30 years and there has been no accountability for those who were identified, who ordered, executed or took part in some way in the massacre of 1988, which was the biggest crime in the Islamic Republic, according to the late Ayatollah Montazeri. We must move forward to obtain justice not only for the women but also for those victim of that massacre”, Kirsty Brimelow QC added. 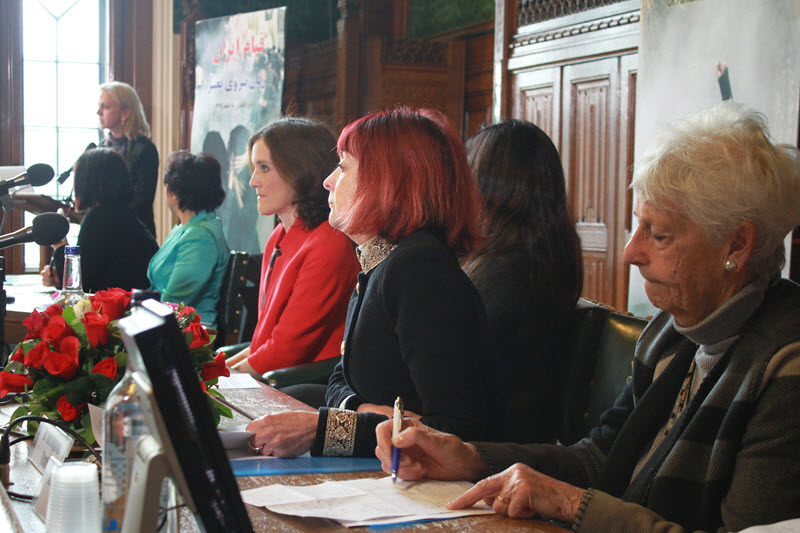