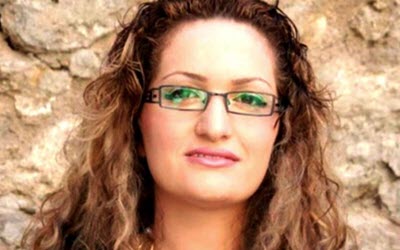 NCRI - The clerical regime’s Prosecutor's Office in Tehran has refused to extend the sick leave for prisoner of conscience, Maryam Naghash Zargaran, according to a report published on Tuesday on the website of the Women’s Committee of the National Council of Resistance of Iran. She is presently in hospital in critical condition.

This new Christian convert went on hunger strike on May 26, 2016 to protest the status of her case, lack of medical treatment, and being deprived of medical leave. For 11 days, however, prison officials did not listen to her demands.

Ms. Zargaran wrote in a post that she did not drink even water in the first four days of her hunger strike. When she fainted and was taken to the prison's dispensary, officials told her: "It is not important if you break your strike or not, because we have other things to do and we have to inspect other wards, as well." Then, she was returned to her cell without being heard.

Finally, under domestic and international pressures, they were forced to grant her a medical leave after 11 days.

Ms. Zargaran who suffers from ASD, underwent heart surgery some nine years ago and needs consistent and special care. In addition, during the time she has been incarcerated, she has suffered from earache, continuous dizziness, numbness of limbs, chronic pain in the joints and backbone, severe anemia and diabetes.

The Tehran Prosecutor's Office has rejected her request for extension of medical leave, while her medical treatment has not yet been completed.