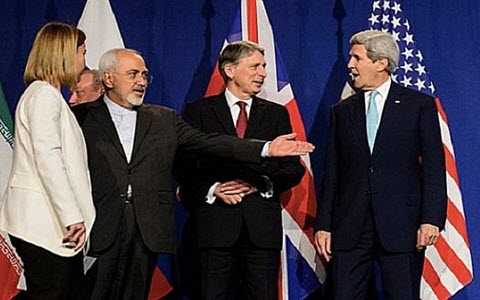 NCRI - Iran’s Revolutionary Guards (IRGC) described the new sanctions approved by the United Nations Senate Foreign Relations Committee against Iran’s human rights violations, support for terrorism and ballistic missile program as the “most serious and comprehensive US sanctions bill” against Tehran and “Congress act of killing the JCPOA.” JCPOA is the Joint Comprehensive Plan of Action or “Iran Nuclear Deal”.

“It appears the new bill can, in addition to new sanctions, provide a basis for limited military action. This bill provides authority to the US President to take action against unorthodox and spontaneous threats against US foreign policy, economy and/or foreign relations when the source is beyond this country’s borders. The legal basis for such a bill is the annual extension of the emergency situation law issued against Iran,” the Fars news agency wired on May 29th.

“Furthermore, the US President can issue executive orders and impose serious and effective sanctions against (Iran) on missile activities, destabilizing measures and/or human rights violations, which easily place JCPOA sanctions relief out of order,” the report added.

“This bill is generally comprised of 12 sections and the President is obliged to identify Iran’s wide range of activities in the region, weapons, human rights and imposing serious and effective sanctions against individuals and people involved in this regard,” the Fars report continued.

In addition to extending a number of sanctions imposed prior to the JCPOA in new forms, this bill intends to impose pressure on the IRGC as the main force behind Iran’s missile plans and regional activities.

“Iran’s missile policies is not in violation of any resolutions. They are defensive in nature and there will be no change in this policy,” said Iranian Foreign Ministry spokesman Bahram Ghasemi.
“If this bill is signed by the government it will become US policy and we will react accordingly,” he continued.