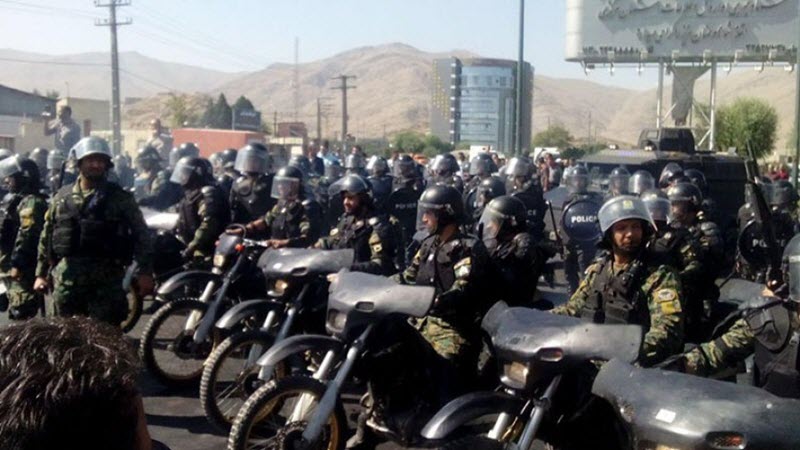 NCRI - In the wake of anti-regime protests, which started over the Iranian Regime’s decision to slash subsidies for the poor and increase spending on the military, Supreme Leader Ali Khamenei has taken $2.5 billion from its reserve fund to boost military spending again.

Asghar Yousefnejad, a parliamentary budget-commission member, said on January 24, that this was part of a $4 billion redirection from the Iranian National Development Fund (INDF), ordered by Khamenei.

He said that the rest of the money would fund projects related to dust pollution, water irrigation and management, and reconstruction of quake-hit and flood-stricken areas. However, the Iranian Regime has promised to fix these problems before and failed due to government corruption and a lack of concern for the Iranian people.

He also revealed that $150 million would be sent to the Regime’s state-run television, which serves as a propaganda tool for the Regime and presents news as Khamenei likes rather than as it actually happens. During the protests for example, they misrepresented the protesters as violent, neglected to focus on the reason for the protests, and praised the Regime for taking back control.

In late December, protesters took to the streets of Iran after the leak of a draft budget that heavily increased funding for religious institutions and the country’s so-called security forces.

It quickly spread across over 140 cities and took on wide-ranging issues with the Regime, including the Regime's support for Syrian President Bashar al-Assad and terrorist groups across the Middle East, high unemployment especially amongst the young and well-educated, a failing economy especially in the wake of promises about the nuclear deal, Regime corruption, lack of human rights, and lack of democracy.

The sheer number of protesters meant that the Regime's security forces were unable to subdue the protests on their own and, in fact, had to relocate their proxy militias from Syria. At least 50 people have been killed, 8,000 are imprisoned facing the death penalty, and five have been tortured to death in jail, during the Regime’s crackdown on protesters.

Despite increased scrutiny of their spending, the Regime still unveiled a gold-plated "Koran ship" earlier this month. This was a gold-plated replica ship, which was inscribed with verses from the Koran, and many Iranians took to social media to protest. They questioned why the Regime would spend public money on artwork while people were starving, using the Farsi translation for hashtag #Gilded_Koran.