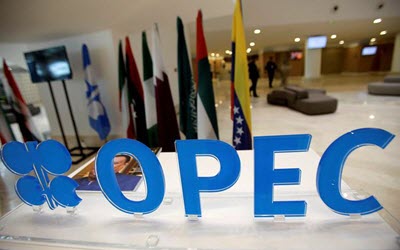 OPEC members are expected to hold a meeting in Vienna on November 28 to address and discuss the issue of reduction in oil production. Last month the organization had an oil production of nearly 33.65 million barrels per day. Two months ago, OPEC members tacitly agreed in a meeting in Algeria to reduce their production to (between) 32 million - 33 million barrels. The issue will be discussed at the upcoming OPEC meeting.

The regimes of Iran and Iraq, however, in a non-compliance with OPEC have already said that they cannot reduce their production. The Iranian regime is the main ratter on the OPEC’s path to set a fixed overhead for its production.

According to Reuters, quoting OPEC officials, the organization expects non-member states to reduce their production by 880 thousand barrels per day.

One of the most important oil producing countries outside OPEC is Russia. Russia and Saudi Arabia each have 11 percent share of the total oil production in the world. Russia is one of the countries that strongly support OPEC oil production cuts and said that it will accompany OPEC in the reduction of oil production.

World oil prices which were over $115 in the first half of 2014 fell below $30 earlier this year. Subsequently, following reduction in oil production by OPEC non-member states and negotiation among OPEC members, oil prices went up slightly and now fluctuate between $45 and $50 per barrel of oil.

The main cause of falling oil prices is the dramatic global surplus oil production over the past three years.