Thd country’s Minister of Education, Sports and Youth of Albania issued an order to immediately close the so-called Saadi Foundation of the Iranian regime in Tirana.

Written by Secretariat of the National Council of Resistance of Iran (NCRI) on 26 January 2020.

Following the expulsion of two diplomat-terrorists of the clerical regime from Albania, the country’s Minister of Education, Sports and Youth issued an order to immediately close the so-called Saadi Foundation of the Iranian regime in Albania.

The Reluctant Confession of IRGC’s Aerospace Force Commander, Continuation of the Regime's Lies and Deception

Written by Secretariat of the National Council of Resistance of Iran (NCRI) on 11 January 2020.

Earlier this morning, Amir Ali Hajizadeh, commander of the IRGC’s Aerospace Force, (one of the five IRGC branches), reluctantly admitted the downing of the Ukrainian airliner by the IRGC.   "When I was informed, I immediately informed the authorities on Wednesday morning.

Written by Secretariat of the National Council of Resistance of Iran (NCRI) on 08 January 2020.

Ali Larijani, former IRGC commander and the current speaker of the Iranian regime’s Majlis (parliament), announced that with the personal approval of the regime’s Supreme Leader, Ali Khamenei, the parliament has approved a 200 million Euro budget supplement to the terrorist Qods Force for the last two months of the Iranian calendar year from the country’s “National Development Fund”.

Qassem Soleimani's Successor, Esmail Ghaani, Is Among the Most Criminal Leaders of the IRGC and the Quds Force

Written by Secretariat of the National Council of Resistance of Iran (NCRI) on 04 January 2020.

Aas’ib Ahl al-Haq is an Iran-backed organization that has claimed responsibility for more than 6,000 attacks against U.S. and other forces in Iraq.

Death of the Commander of the IRGC Terrorist Quds Force

Written by Mansoureh Galestan on 03 January 2020.

On January 03, Qassem Soleimani the notorious commander of the Islamic Revolutionary Guards (IRGC) terrorist Quds Force, along with Abu Mahdi al-Muhandis, the head of Iraq's suppressive Bassij was killed by the US military strike in Iraq. 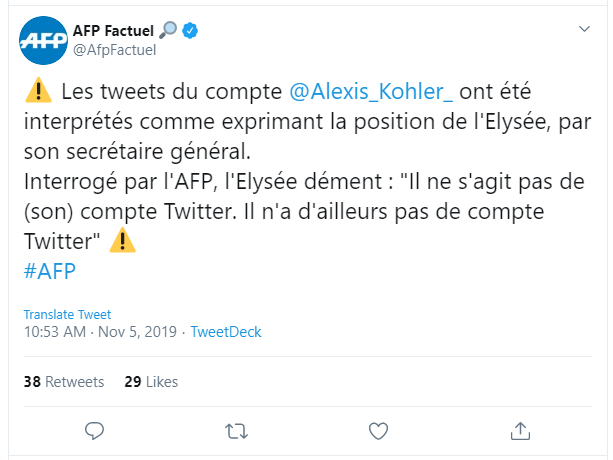 Posing as Secretary-General of the French Presidency on Twitter

The clerical regime in Iran, reeling from international sanctions and the uprisings against its malign presence in Iraq and Lebanon, and unable to counter the increasing activities of the Iranian Resistance in and out of Iran, has again resorted to fake social media accounts to disseminate fallacious news and boost the morale of its demoralized forces.